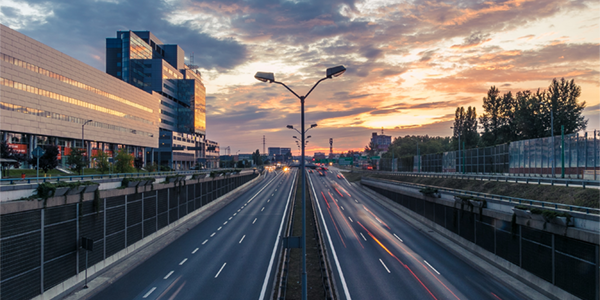 Photo by Adam Grabek on Unsplash.

In practice, product owners rarely have all the information they need to prioritise the list. There may be one atypical customer who’s calling for an atypical function. Or a salesperson who really, really needs a function to close a sale. Or the development team may suggest a set of functions that are quick to implement but may not offer the best customer value. A better way to focus development is to use the idea of red routes to prioritise the product backlog.

Red routes are the key tasks that users want to carry out with the product. Most systems have just a handful of red routes: these are the key activities that people expect to be able to complete with the system: these are the reasons why people have purchased it. But although you can get almost anyone to start using your product, people won’t continue to use it unless the red routes are well served. If the red routes aren’t obstacle-free, you’ll have an uphill task convincing users to continue using the system.

You can decide if one of the product backlog items lies on a red route by asking two simple questions:

This is easier to explain with an example, so let’s turn to one now.

When I ask people this question they tend to give me various answers which essentially boil down to one task: planning a route. People tell me, “I want to travel from A to B”. 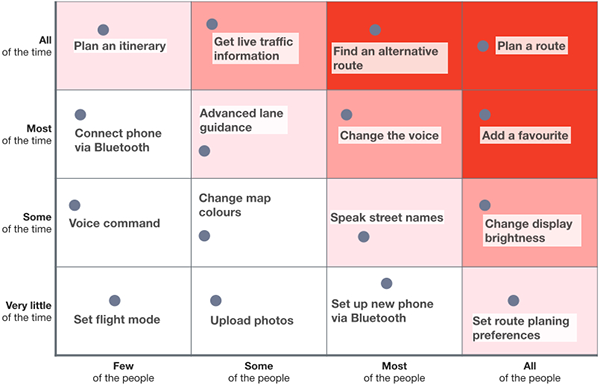 But then there are some other functions, like “Set flight mode”. This function allows you to turn off the system’s GPS. I’ve thought long and hard why you would want to do this, and I must admit to being somewhat puzzled. Who would want to take their sat nav on an aeroplane and turn off the GPS? (It might be quite interesting to leave the GPS connected and observe the flight plan unfold before your eyes, but a sat nav is a fairly useless product without a GPS signal). So I figured that function would be of interest to only a few people, very little of the time and I placed at at the bottom left corner.

As another example, let’s consider the function, “Upload photos”. Did you know you could upload photos to a Tom Tom sat nav system? I’m not sure when you would take the time to view your photographs, however. It’s true that traffic congestion is a way of life but it’s not quite so bad that drivers are searching for in-car distractions. So I figured that this function would be one that some of the people would want to use very little of the time and plotted it down towards the bottom left.

(As a side note, thinking about these two functions made me re-think the use case. Maybe the engineers at Tom Tom had this idea in mind: you’re travelling on an aeroplane and want to view some photographs of your family. You put your small smartphone away in the luggage compartment and instead retrieve your bulky Tom Tom from your carry-on bag. You then proceed to look over the images. Hmm. Still not convinced).

I’ve colour coded the table to indicate the way you can use this table to prioritise the product backlog. The ones I’ve coloured red should be the highest priority items. A system that supports these tasks — the red routes — is equivalent to what people in the Lean community refer to as an MVP: a minimum viable product.

I’m sure you get the idea. I encourage you to use this simple visualisation on your next project (whether or not you use Scrum) to help identify your system’s red routes and to show which functions you should implement first.

Find out more on our 3-day, user experience immersion seminar.