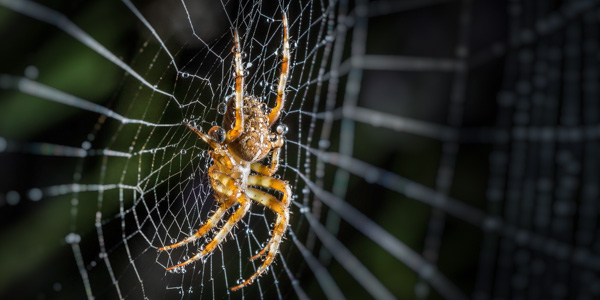 Mistake 1: Doing research out of context

If you want to deliver a product or service that really meets user needs, you need to understand what people are trying to do and how theyre trying to do it. The best way to achieve this is to observe them doing it now, in context.

In our book, Think Like a UX Researcher, Philip Hodgson and I use an analogy from animal behaviour: if you want to understand how an exotic animal behaves, you would plan to observe the animal in the wild rather than in a zoo. A user research technique that takes place out of context, like interviewing in a coffee shop, is like a visit to the zoo. In contrast, going into your users context is like going on safari. With contextual research you observe real behaviour: you see what people really do in a particular situation, not listen to what they say they do or see them act it out. In short, you go where the action happens.

Context is a skeleton key for unlocking user needs. It helps you understand the messy reality of the situation. It will show you what people actually do, rather than being misled by what people say they do.

An additional limitation of interviews is that they are not behaviour. The best predictor of future behaviour is current behaviour. Thats why we need to see what people are doing now.

So instead of running a face to face interview, effective UX researchers watch. They ask people to do the thing that they are trying to understand. They spend time hanging out with their users to discover the users pain points, their behaviours, needs and goals.

Mistake 3: Focusing on the product rather than the need

The biggest mistake product teams make with their UX research? Having too narrow a focus. This is often unavoidable: by the time they decide to do UX research, the team may have already developed a prototype  or at the very least sketched out its scope. This means much user needs research is not user needs research at all, but usability testing.

The problem with a narrow focus is that, by focusing too tightly on something you think is important, you risk missing the thing that your users really care about. This means that user needs research should nearly always seem 'bigger' than it needs to be for your specific product.

If you focus on the product, youre doing positioning, not user needs research. Product teams turn to positioning when they have developed a product that they think is awesome but that customers dont understand, like an internet connected oven. Positioning is like retro-fitting a user need to a product to help customers 'get it' (for example, You'll be able to turn on your oven from work so its hot when you get home!) If you find yourself doing positioning, its a sure sign that your user needs research was inadequate. In the example of our internet-connected oven, perhaps we just need an oven that warms up more quickly.

People arent very good at predicting their future behaviour. Opinion polling and exit polling provide a nice demonstration of this principle. Opinion polls (where people are asked to predict their future behaviour) failed to predict the Leave vote in the EU referendum in 2016 as well as the results of the last two general elections in the UK. In contrast, the results of exit polls (where voters are asked to recast their vote on leaving the polling station) were spot on.

As another example, its likely youll struggle if I ask you what youll be having for lunch on Thursday. Its also likely youll change your mind before then and eat something else. But if I ask what you had for lunch yesterday, I can have more confidence in your food choices.

How can you avoid this in your own interviews? Effective UX researchers avoid fortune-teller questions like, 'What would you do if?, or How likely are you to ? Instead, they focus on how people have behaved in the past, with questions like, Tell me about the last time you or 'What did you do when?

This means that rather than focus on a question list, effective UX researchers think about the topics they want to cover. They use the list of topics as a framework for eliciting stories and demonstrations. They introduce the topic with a broad question (such as, Show me how you go about or Tell me how you). This allows the participant to run the session and prevents the researcher from framing the session around their own biases and preconceptions. As the participant talks and demonstrates, the researcher can discover what really matters.

Effective user needs research isnt difficult: its just not obvious. The obvious thing to do  asking people what they want  is a tempting shortcut but unlikely to result in useful research data. In contrast, effective UX researchers go into their users context where they observe behaviour. They focus on the users need rather than the product itself. They avoid asking people to predict their future behaviour. And they frame the session around a topic list rather than a pre-prepared list of questions.

One challenge faced by teams new to user research is simply getting started. Enthusiasm quickly gives way to frustration as teams don't know where to beginespecially when their product is aimed at 'everyone'. Read our practical guide to getting your user research started.