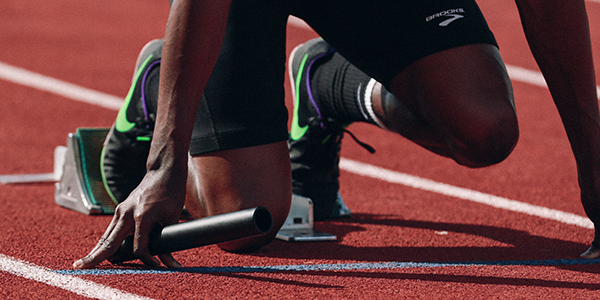 Photo by Braden Collum on Unsplash

I once asked a product manager to tell me a little about the users of his product. “That's easy,”' he replied. “It's aimed at everyone”. This reminded me of an ironic internet meme that read, “The target audience is males and females aged zero and up”'.

Thinking of your audience as 'everyone' is the best way I've come across to make a product fail. One reason for this is that designing for everyone removes all constraints. Focus becomes impossible. When a product is aimed at everyone, you can make a valid argument for every feature, every platform and every context.

If that's how your team are thinking of your audience, I have an idea that may help. I don't want to discourage you from world domination; I simply want to convince you that the best way to get there is by taking informed baby steps — rather than a giant leap into the unknown.

How to design for everyone

As an example, let's look at a case study of a successful web site used by pretty much everyone: Facebook. If you examine the history of Facebook, Mark Zuckerberg and his team didn't set out to design for everyone. The site was initially aimed at Harvard students. It then expanded to students at other Ivy League universities. Although Facebook next expanded outside the US, the target audience was still university students for the first two years. Keeping the target market reasonably focussed enabled Facebook to test out what worked and what didn't. Facebook then opened up membership to employees of companies like Apple and Microsoft before finally opening the doors to anyone over the age of 13 with a valid email address.

As another example, Amazon began life as a web-based bookseller, with a product aimed mainly at web-savvy customers. Amazon then diversified in two ways: first, it offered the same functionality to a different segment (it sold books to anyone who could use a web browser). Then it offered slightly different functionality to the same segment: for example, Amazon began to stock software and CDs. The rest, as they say, is history. In both of these examples, the end goal may well have been 'everyone, everywhere' but this wasn’t where the product started.

So where do you start?

An exercise in focussing

Get your design team together for a 30-minute exercise. Give each person a stack of sticky notes and, working alone, ask each person to write down 10 different user groups for your product (one group per sticky).

For example, a passport service might have 'business travellers', 'someone with no fixed address' and 'a retired person'. A photography app might have groups like 'day trippers', 'food enthusiasts' and 'Instagrammers'. A sports web site might have 'Football fans', 'Rugby fans' and 'People who watch the Olympics but little else'.

If your team struggles to come up with more than one or two stickies, here are some specific prompts you can use to generate more user groups:

Once the stickies have been generated, remove any obvious duplicates and then organise the remaining stickies in the following grid.

The horizontal axis is labelled, 'Ease of access'. This means how easy it is to get to your different groups of users. For example, some of your user groups may be in another country, or may work night shifts, or may be too busy to see you. Those groups are harder to get to than user groups who live in your local town or that have free time on their hands. Your job is to further divide your groups of users into these categories and place the stickies on the appropriate part of the grid.

At this point, step back and look at your work. This grid provides a pragmatic way for you to get started on your research quickly. You'll start with a group of users from the top right of this grid: users that will teach you a lot about their needs from your product and that are also easy to set up. You should be able to arrange sessions with these groups of users in the next few days. Once you start talking to these users you'll discover some assumptions you made that are wrong. You'll also start to learn new stuff that's relevant to the use of your product. You'll begin to generate new assumptions. This is validated learning in action.

But let's not forget the other important quadrant: users from who you expect to learn a lot but that are hard to get to. You should add these groups to your user research backlog. While your existing research is in progress, take time to plan visits to these other groups of users. This will give you the chance to test more of your assumptions.

A common reason that teams don't do user research is not that they don't think users matter but because they simply don't know where to start. There's a paralysis of analysis that prevents action. This approach, although simple, will help you cut through the clutter and help you get started on your user research immediately.

This article is tagged ethnography, strategy.