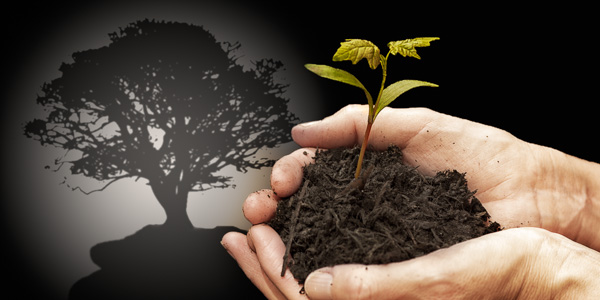 You may have heard the gnomic utterance that 'a usability test won't improve usability'. This is because usability tests are good at finding problems but offer little in the way of solutions. To arrive at a solution, we need to take three further steps:

An observation could be a direct quotation, a user goal, a user action, a pain point or anything that surprised you. Here's some examples:

In contrast, this is not an observation: 'We need to change the "subscribe" label to "sign up".' That's a design solution an interpretation of what's behind the problem which may be wrong. We'll return to solutions later, but right now we need to keep our data 'clean' by ensuring we focus on objective observations.

Generate insights: what is the underlying problem?

A usability test can generate a large number of observations: it's been likened to drinking from a fire hose. So we need to start by whittling down our observations.

Next, discard observations that aren't important or relevant (although you may want to come back and review these later). An example might be: "User says that she tends to use this web site at home when it's more quiet". This is an interesting factoid but it's not going to help us identify usability strengths or weaknesses.

These steps will reduce your initial list of observations but it's still likely you'll have a hundred or so to sort through. To make serious in-roads, you'll need to create an affinity diagram: this entails placing the observations into logical groups.

You can seriously speed up the time it takes to identify logical groups by getting the design team to help you. Write each observation on a sticky note and ask team members to do the affinity sort on a whiteboard. This also helps team members (who may have observed just one or two sessions) get exposed to the range of data you collected during the test.

What makes a 'logical group' is up to you, but as a rule of thumb, if you have 100 observations, you should not have 100 groups. I typically find that I end up with somewhere between 10-15 groups. For example, I may have one group of observations about 'terminology', another about a very specific UI element that made people struggle and another group about problems navigating the system.

Once you have your groups, start creating insights. An 'insight' captures the thing you've learnt from this cluster of observations. You should write each insight as a sentence with a point of view. Think of it as a headline in a newspaper or a conclusion in a report.

At this point, you should step back and look at your affinity diagram. Get the team to dot vote to agree the high priority issues: these are the issues that need to be addressed first in any revised design. It's foolish to try to fix everything, so identify the top three issues and then move on to fix those.

Sometimes, when you look at one of your top three insights, the fix may be obvious. For example, with an insight like, 'People struggled to read the light grey text on several screens', the fix is crystal clear. But this is unusual. Most of the insights from our analysis could have several root causes.

For example, I recently ran a usability test of an app that mimicked Google's Material Design guidelines. The app had a vertical ellipsis (a set of three vertical dots) on the top right of the user interface. Clicking the dots opened a 'more actions' menu. If you use Chrome, you might be familiar with this kind of control (click the image for a larger view).

An insight from our usability test was that our users did not interact with this navigation menu within the app. What might be behind this?

Here are some possible hypotheses that occurred to me:

We don't know which of these if any is correct. We may have a gut feeling that one of them is more likely than another, but without data it's precisely that a gut feeling. How can we turn hypotheses into testable design changes?

Create design solutions: what's the simplest change we can make to fix the problem?

In his book, 'Rocket Surgery Made Easy', Steve Krug argues that when fixing usability problems, you should try to do the least you can. He argues for a 'tweaking' approach where you ask: "What's the smallest, simplest change we can make that's likely to keep people from having the problem we observed?"

I like this approach because it avoids the major redesign and it fits well with the rapid, iterative approach used by most Scrum teams. The point is that there's almost always something you can do to mitigate the impact of the problem on users.

Another benefit is that with this approach, you can often fix a problem in a few days. This compares with weeks or months for a complete redesign.

Here's how we can use this approach to generate testable design ideas from our initial list of hypotheses.

The point is that each hypothesis would lead to a different change to the design.

User researchers are sometimes reluctant to take these steps, believing that 'design' isn't their job. More than one user researcher has told me that they are simply told to report the observations from a test to the design team and not provide recommendations for improvement. Failing to provide design solutions risks signalling that you are only useful as a critic and not as a problem solver. Conversely, offering realistic and actionable solutions increases your credibility and helps position you as a design partner.

Although you may not have 'design' in your job title, as a user researcher you are as much a part of the design team as an interaction designer, a visual designer and a front-end developer. This is because you have the kind of insight that can be gained only by sitting next to users as they struggle with the product.

Often the design team know there is something wrong with a design. But they don't know how to proceed or they have got stuck on a solution that's sub-optimal, or they are thinking of it only from an engineering or visual design point of view, or they risk implementing a solution that creates a worse problem. So they need your knowledge about users to uncover the ideas that might fix it.