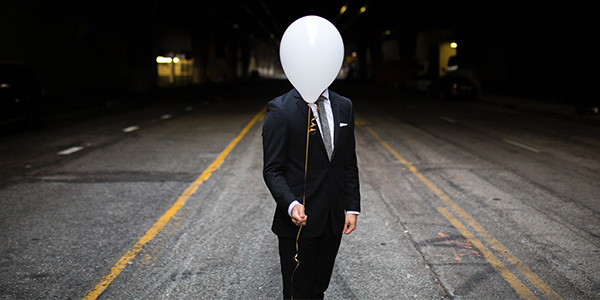 Photo by Andrew Worley on Unsplash

Quick: you're putting together a design team to create a new iPhone app. What skills are you looking for?

When I ask this question, the responses normally include: an iOS developer; a visual designer; a business analyst; and maybe a project manager to keep everyone on track. I'll also hear the need for a 'UX person' although when I ask for more detail this seems to be a nebulous role that includes skills like prototyping, interaction design and information architecture.

There's one skill that I never hear mentioned. And this is curious because I think this skill would fix the growing pains I see in my consulting work with design teams. I find that fledgling design teams:

If any of these five problems occur on your design projects, it may be a warning sign that you need a different skill on your team.

And I don’t mean someone who can psychoanalyse your boss. Psychologists, generally, get misrepresented in the popular media. Designers, marketers and business managers really don't know what a psychologist does. In the minds of many people, psychologists are often equated with psychobabble like logical people are left-brain dominant, while creative people are right-brain dominant. Or that we only use 10% of our brain. Or that 93% of communication is non-verbal. (All of these are nonsense).

In fact, there are different sorts of psychologists (including clinical, counseling and experimental). Experimental psychology is the science of understanding all forms of human behavior and is clearly a very relevant discipline for user experience.

Here are the 5 warning signs that you need an experimental psychologist on your design team.

When the design team are designing for themselves

Logically, most people realise that if they design a product for themselves, it might not meet the needs of the target user. But designers sometimes forget this logic and fall back on intuition, claiming they know what users want. What designers really mean when they say this is that they know what they would like in the same situation. When I see this happen, I like to invoke Travis's first rule of designing interactive systems: it doesn’t matter what you like. Your users don’t know what you know, haven't experienced what you've experienced, and don’t think like you. With a psychologist on your team, you'll have someone who will continually ground the design in the world of your users. I like to think of this as institutionalising empathy.

When you need a robust way to choose between design alternatives

Over the last few years, thanks in part to the Lean UX movement, we've seen an increasing acceptance from design teams that they need to test out their design hypotheses early and often. Techniques like site visits (aka 'getting out of the building'), usability testing and A/B testing are just three of many techniques that design teams now use to move from opinion to data. The problem is that a badly planned test can lead design teams down a rabbit hole. Having a psychologist on your team will ensure you ask questions like: Is your test biassed? How will you collect and analyse the data? How can you distinguish a valid result from a chance occurrence? A psychologist understands the principles of measuring behaviour, knows how to operationalise ill-defined terms like 'easy to use' and 'simple to learn' and has established methods to control bias.

When you need a critical friend

Psychologists are trained to see through the methodological bloopers that plague a lot of design research. This includes poorly worded questions in an online survey, an over-reliance on focus group research, or a lack of statistical robustness when making design decisions. I know that design teams sometimes feel that the research being carried out on their behalf by an external agency or an internal market research team isn't good enough: the problem is they can't articulate why. The research doesn’t feel accurate, or it contradicts other findings or it's hard to see how the research findings can be applied. Psychologists use established checkpoints to critically review design research and will quickly identify any shortcomings.

We've known for some time that people say one thing and do another. But when you have an influential user demanding an extra field on a form, or a specific flow to a task, or a whole new function, it's tempting to take the easy path and just make the change. But these are often the symptoms of an underlying problem that the user can’t articulate. For example, time and again in usability tests, I spot a common issue in user interfaces: the conceptual model implemented by the design team doesn't match the user's mental model of how the system should work. Unsurprisingly, I'm yet to hear a single user point out that this is the deeper issue with the system they are using. Psychologists understand how mental models are formed, and how to 'read' them. Having a psychologist on your team will help you probe more deeply and get to the root of usability issues.

When you need to change your users' behaviour

Over the last few years it's become clear that 'usability' on it's own isn't enough. Minimising errors, increasing efficiency, and ensuring the interaction is satisfying are now 'hygiene' factors: this is the minimum we can expect from a user interface. We now need to go beyond this and consider the entire user experience. Among other things, this means we need to identify the behaviours we want people to carry out, make those behaviours simple for people to execute and then help people turn their new behaviour into a habit. This requires a profound knowledge of how people think and behave and psychologists are ideally positioned to help.

I'm certainly not claiming that hiring a psychologist will solve all of your design woes: the best design teams are multidisciplinary. But if one of these warning signs appears on your design project, try turning to a psychologist for a different kind of insight.

This article is tagged careers, strategy.