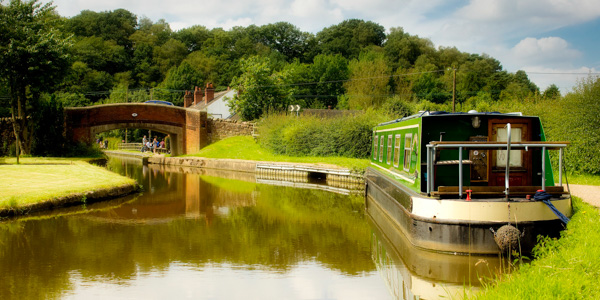 Philip and Todd headed for a nook near the fire leaving me to get in the first round. This pub is set by a canal and as usual it was full of locals with their dogs. Many of the dogs had clearly had a dip in the canal which explains the pub’s alias (“The Smelly Dog”). Wet dog, warming fire, tepid beer… perfect conditions for a relaxing conversation.

Todd starts this one off…

Todd: Speaking of leadership, it strikes me that the professional world is in a bit of a crisis lately regarding leadership. It seems that every other LinkedIn article is trying to pull back the covers on what leadership means, what constitutes effective leadership, and how we have found ourselves with so many people in potential leadership roles who are not realising their potential.

The problem with “just get out of the way”

David: I spend a lot of time working with agile teams and a common statement I hear from people on the team is that the primary responsibility of leadership is to hire good people and get out of their way. Those people would argue that we don’t need “UX leadership” at all.

Todd: I disagree with this perspective. I could see it being a goal for a professional recruiter or headhunter, but not for someone who is charged with leading a team. It may sound empowering and respectful, but it lacks the self-confidence that leaders must portray to truly inspire their teams. “Getting out of the way” is a cop out: this message says to teams, “Don’t expect me lead you. You’re on your own.”

On the other hand, we need to be careful because the opposite behaviour is micro-management which is pretty much universally despised by teams. But note this is a management style, not a leadership style. We should not confuse the two. As proof that leaders have to do more than “get out of the way”, just look at those considered to be the best leaders in history and ask yourself whether they were effectively absent from the role or whether they were highly present? I think you will find that it was their presence that made them effective.

Philip: Related to that, I don’t believe you can be a leader unless you are actually leading to somewhere (or to some goal or quest) that is not where you’re currently at. It’s not leading if you’re standing still. If we use this definition, most of those who call themselves leaders are probably ‘lost’. Actually I think most leaders never really get started on their journey because they don’t know what the destination is and they have no vision. They just get busy running on the spot. If a team is doing the same thing this year that it was doing last year then I’d argue there’s no leadership happening.

In fact, I think there may be more to learn about leaders and leadership in settings that are more extreme than business: for example in sporting or military or political settings. Maybe it needs extreme circumstances to bring out real leadership. Or maybe it is just more obvious. It may also be easier, or at least qualitatively different than leading a business or design team.

I like the example of calm and reassuring leadership in the speech by Col. Tim Collins to the 1st Battalion, Royal Irish Regiment on the eve of the Iraq invasion.

At this point, Philip gets out his iPhone to play a clip on YouTube from 10 Days to War. He looks towards the bar for the pub’s wireless password and finds it carved on a piece of wood. Presumably they don’t change the password very often in these parts.

David: So what we’re saying here is that the purpose of leadership is to provide a compass point for the team. A leader that fails to set the compass point, that simply “gets out of the way”, is adding no value.

So what’s the difference between a UX leader and a UX manager?

Philip: I think the corporate world has bestowed leadership on people who are really just managers — people that have not worked out that leadership and management are not the same thing. They may like the idea of leadership and to be thought of as leaders, but most of them probably couldn’t lead the way to the pub after work.

Todd: Effective leaders and effective coaches have much in common. Their understanding of the work/game, their desire to develop the employee/athlete, and their ability to inspire others to deliver their best performances are hallmarks of both roles when done well. One metaphor I find useful is the idea of leader as coach.

David: I like the metaphor but I think that management and leadership are entirely orthogonal: they may even be opposites. I’ve worked with some excellent leaders who are poor managers, and some excellent managers who, to use Philip’s phrase, couldn’t lead the way to the pub after work. In fact, I’ve even worked with teams where the leadership came from one of the team members who reported to the manager. I’d argue that good leadership is about vision; good management is about developing your team. We agree that it’s the leader who sets vision and direction but I see the ‘coach’ role as falling under the remit of the manager, rather than the leader.

Todd: Yes, it’s not a perfect metaphor. Some might argue that professional coaches and players are hired to do a job, they have the skills required, and they are paid appropriately to do it. Coaches are incentivised only to put “wins” on the board, which might equate to checking off a few modest goals on their manager’s annual goal plan…or simply maintaining the status quo.

How should we measure the effectiveness of UX leadership?

Todd: The Peter Principle is a phenomenon that is alive and well in most organisations. People who have performed well in one role or context often find themselves promoted to roles beyond their level of competency and in doing so, are placed at risk of underperforming in their new role. Unfortunately, this is not only detrimental to the individual and the company, but in the case of those who have responsibility for others, it places others at risk as well.

Philip: You’re right about the Peter Principle and I can’t understand why HR people don’t seem to know about it, and it’s why I’m glad I didn’t get promoted to a management position in my last corporate job. I had 6 months of it at a telecommunications company during which time my crowning achievement was to get my two team members higher salaries and set my intern on his way to a good career. In that time all I cared about was making things the best I could for our little team. From the company’s point of view I was probably not management material but I think I did ‘manage’ to maintain (I did not build it) a good little team — we happy few, we band of brothers. But that was management not leadership.

Todd: There are few effective mechanisms for evaluating people in leadership roles in business. Professional coaches are removed from tenure at the drop of a hat based on their win/loss record at the end of a season… or sooner. In business, however, it can be harder to evaluate leaders and managers. Certainly, it can take longer than a single season or year before it’s clear that a change is needed. It’s also not very common for people to be evaluated by the people they manage. This can be a limiting factor for many organisations that can in turn significantly limit a team’s satisfaction and performance.

David: In some ways, leadership is a bit like user experience: it’s noticeable by its absence. When I see good leadership, the team is excited about its work, everyone on the team has a sense of purpose and frankly people are happy in their jobs. These are hard things to measure and its even harder to pin down the leadership behaviours that create this atmosphere. Maybe the 360-degree feedback that Todd mentions could be a way of achieving this.

But again, I think it comes back to this idea of vision: the best leaders I’ve come across have an unerring vision for what good looks like. They are quite happy to discuss this vision and help you understand it, but the vision isn’t set by committee. Either you buy into their vision or you get shipped out. It’s a ruthless view of leadership but perhaps this gets back to Todd’s point about self-confidence.

Are there any unique problems faced by UX leaders?

Todd: One challenge that leaders in UX face is the diverse nature of the roles and backgrounds that commonly constitute a UX team. Various disciplines of interaction design, visual design, user research, and programming frequently cross paths in the field of UX and with them often come people with different views, levels of training, and motivation. Add to this the fact that UX leaders and those whom they report to rarely have experience in all of these areas, it requires that leaders work hard to know their teams and what it takes to keep them satisfied and engaged. On the other hand, you could argue that this is not unique to UX teams at all and that every manager or leader, regardless of context, faces this challenge.

I think there’s an additional challenge too. UX leaders may have a very definite vision for the product or service they are designing but without a senior role in the organisation, their vision can be derailed at any time by a senior manager who decides to change direction. When you have invested a lot of energy in a vision, especially when it’s supported by user research, this can be a little tiresome.

I look to Philip to get in the next round. “Same again?” he asks. The conversation then moves on to other topics and I stop the voice recorder.

This article is tagged strategy.