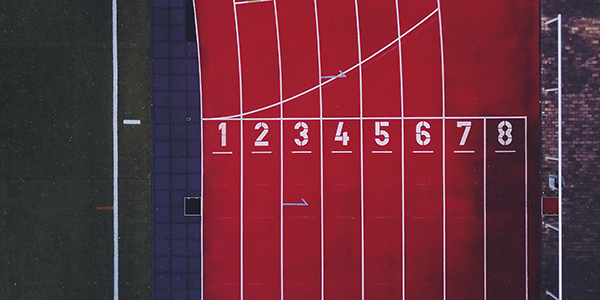 Photo by Marvin Ronsdorf on Unsplash

I spend a lot of my time working with early- and mid-career user researchers. Among other skills, I coach them on how to do usability tests. There's a question I ask early on to check their level of knowledge: 'How many participants do you need in a usability test?'

Inevitably, they have heard that 5 is a magic number. Some of the more experienced go further: '5 participants are all you need to get 85% of the usability problems.' Not all of them mention 85%. Some say 80%. Some say 'most'.

The myth of the magic number 5

The myth isn't due to the original research but in the way the research has been interpreted. The statement needs an important qualification. The correct formulation is: '5 participants are enough to get 85% of the usability problems that affect 1 in 3 users.' On first reading, this may sound like splitting hairs. But in fact it's critical to understanding how you can find more usability problems in your test, with or without increasing the number of participants.

To explain why this is the case, assume your interface has a single usability problem. Let’s say you have a novel kind of slider that people use to enter a number in a form. That’s not a great way to enter numbers in a form and some people will struggle to use it. How many users will we need to test to detect this problem?

The answer is: it depends. It depends on how many users it affects. For some people, the usability problem may not be an issue. They may be tech savvy and find it a breeze to use the control. For others, it may prevent them from completing the task. They may not even know where to start with the slider.

Because a usability problem rarely affects every single user, we need to refine the question and ask, “How many users will we need to test to find a problem that affects a fixed percentage of users?”

Researchers typically set this percentage at 31% — let’s call that 1 in 3 users to make the sums easy. Now let’s run a test.

How many? Again, we can’t be exact: we have to be probabilistic. What we can say is that, if you test with 5 users, you have an 85% chance of finding a problem that affects 1 in 3 users. (If you'd like more details on this, Jeff Sauro has a great article that includes calculators you can play with to understand probability.

The reason this matters is that some important usability problems affect a small number of users. For example: hint text inside form fields. Some people mistake hint text for a form field entry: they think the field is already completed. Other people get mixed up trying to delete the placeholder text. For most people (say 90%) it’s not a problem. But for the 10% of users who do experience this problem, it means they really struggle to complete the form.

If you’re designing a system to be used by a wide range of users (like a government system) this really matters. Because what if a problem affects not 1 in 3 users but 1 in 10 users? How many users will we need to test to find that problem? It turns out you need to test 18 users to have an 85% chance of finding that problem.

So to say that 5 users will get 85% of all the problems in a system totally misrepresents the research. On some systems, testing 5 users may only find 10% of the total problems, because the other 90% of problems affect fewer than 1 in 3 users.

If this is leaving you frustrated and thinking that you need to run usability tests with larger samples, fear not. There is a way to find more problems without increasing the number of users in your study. Here are three ideas:

If you still want to test more users, bravo! But rather than run one big test with lots of users, I’d encourage you to run multiple usability tests with smaller samples (perhaps every sprint). So long as your testing is part of an iterative design process (where you find problems, fix them and then test again), with a sample size of 5 you will eventually start finding some of those gnarly problems that affect fewer than 1 in 3 users.